In a nutshell, reclaimed bricks are not cheaper to use in construction than new ones, unless you get them free. The only reason why you would want to use them is to be sustainable and environmentally friendly.

Why is that so? Because even though buying reclaimed bricks is slightly cheaper than new ones, they produce more building wastage (they are chipped, broken, or uneven) and take more time to work with. These things increase the overall construction cost significantly.

Having said that, reclaimed brick as a recycled building material is a great way to reduce waste in general. It’s an environmentally friendly option, as it uses materials that would otherwise be thrown away or burned in landfills.

Ultimately, there are some things you should know before buying reclaimed bricks for your home improvement or construction project. This article will help you understand the benefits and drawbacks of using reclaimed brick versus purchasing brand-new material.

What Is a Reclaimed Brick?

The term reclaimed can mean many different things when used in building projects.

For example, the recycled paper may come from old newspapers or magazines; recycled plastic may have been previously discarded by manufacturers who no longer want to use it, and recycled glass comes from bottles once filled with soda pop or other beverages.

In this case, we’re talking about reused bricks that have already gone through one recycling process. These blocks are often called “reclaimed,” but they aren’t necessarily 100 percent recyclable.

They still contain small amounts of cement, sand, gravel, steel reinforcement rods, etc., which means that these blocks cannot simply be tossed into a landfill without causing damage to the environment. Instead, they must undergo another round of processing so that all those harmful elements can be removed.

The Benefits of Using Reclaimed Bricks

It’s environmentally friendly, it may save money, and it helps reduce waste. This makes sense, considering how long it takes to create a brick. After all, there’s nothing like having an entire batch of bricks sitting around waiting to be put to good use!

Reclaimed bricks also offer some unique advantages compared to traditional materials such as wood and metal. First off, they’re durable. Unlike wooden boards, which require regular maintenance to prevent rotting, reclaimed bricks should stand up well against moisture and humidity. Second, they’re easy to maintain and recycle.

The first thing that comes to mind when you think of reclaimed materials is the idea of old buildings. The term “reclaimed” can be used for many different things, but in this case, it means using items from an existing building or structure instead of buying new ones. This saves money on construction costs because there isn’t as much waste produced during demolition. It also helps keep our environment clean by reducing the amount of trash going into landfills.

Reclaimed bricks are often sold at lower prices than brand-new ones because they’ve already been prepped before the sale. So, instead of paying the total price for brand-new bricks, you can purchase them at a discount.

The first advantage of using reclaimed brick is that they cost less than brand-new ones. This means that if you want to save money when building your next project, then reclaimed brick could be the way to go.

You’ll also find that many companies will give you discounts on their products because they know how much work went into making them. If you buy from one of those businesses, you may even get free shipping!

Another benefit of reclaimed bricks is that they help protect our environment by reducing the raw material needed to produce new bricks. When we recycle old bricks, we conserve natural resources and keep more of what nature gave us.

The Drawbacks of Using Reclaimed Bricks

While there are several benefits associated with reusing bricks, there are some drawbacks as well.

This might seem ironic, but reclaimed bricks are prone to higher building material wastage. The most obvious drawback is that it’s difficult to reuse bricks once they become damaged. Once broken, they cannot be repaired. However, if you plan, you should use any brick without worrying about damage.

It Takes More Time and Effort

Another disadvantage is that recycling bricks take time and effort. It requires careful planning and preparation.

Finally, bricks tend to break down quickly after being exposed to moisture. Therefore, it’s essential to store them properly until you’re ready to install them.

Which Type of Brick Is Right for Me?

When choosing between different types of bricks, consider the following factors:

Size – You’ll want to choose bricks based on the area’s dimensions where you intend to place them. Smaller bricks are easier to handle, while larger ones provide better support.

Color – Choose colors that match the rest of your home décor. Also, avoid dark shades since they absorb light and heat faster.

Strength – Look for bricks that meet industry standards for strength and building codes.

Weight – Make sure that the weight of the bricks doesn’t exceed the maximum load capacity of the structure.

Cost – Check out pricing information online so you don’t end up spending too much.

What Kinds of Bricks Can Be Reused and Recycled?

PCBs come in various sizes and shapes, including square, rectangular, round, hexagonal, and octagon. They have smooth surfaces and are usually painted white or gray.

MUs are typically manufactured in standard lengths and widths. Some manufacturers make MU units available in custom sizes. Both types of bricks can be reused over and over again.

How to Find Reclaimed Brick Suppliers

Finding suppliers who sell reclaimed bricks can be tricky. There’s no central database with all of the companies selling reclaimed bricks. Instead, most sellers will advertise locally or post ads on websites such as Craigslist.

If you live near a city or town with a large population of retired homeowners, the chances are good that someone will be willing to give away some bricks. Otherwise, check local newspapers and magazines for advertisements about brick sales.

If you find yourself unable to locate any brick suppliers, try contacting brick distributors. Distributors buy bricks from brick factories and resell them to builders and contractors.

In addition to brick suppliers, you might also find brick wholesalers who purchase bricks directly from brick factories. Wholesale prices are generally lower than retail prices.

How Much Does it Cost to Repair Brick Mortar?

Repairing damaged brick masonry requires specialized tools and skills. A professional contractor should always handle repairs unless they’ve been done previously. When repairing brick, it’s essential to remove loose debris and dirt so that water doesn’t seep underneath the surface. Once the area is cleaned up, apply a waterproof sealant to prevent moisture damage. Afterward, fill cracks and holes with a grout explicitly made for brickwork. Grouting is usually applied over concrete surfaces. For best results, hire a licensed contractor who specializes in brickwork.

Is it cheaper to make your own bricks?

Can I reuse old bricks instead of buying new ones?

Yes! You can save money by reusing existing materials rather than using brand-new products. It may take more time and energy to recycle an item, but many benefits to doing this. Recycling helps reduce waste and saves resources.

Can I make my own bricks?

You’ll need time to mix the right amount of sand, silt, and gravel into a dough-like consistency. Then you have to wait several days until the mixture hardens enough to shape. Finally, you must bake the bricks at high temperatures for hours. The process isn’t easy, but if you enjoy working outside, this may be an option worth considering.

Which is cheaper, brick or block?

Brick is typically considered a better choice when constructing walls due to its durability and longevity. Brick tends to last longer than stone, which means fewer replacements are needed. However, brick comes with additional maintenance requirements. Block is easier to install since it only needs to be laid horizontally. Blocks do not require special care as brick does. As long as the material is clean and dry, installing blocks shouldn’t pose too many problems.

How to Build an Addition to a House [Solved] 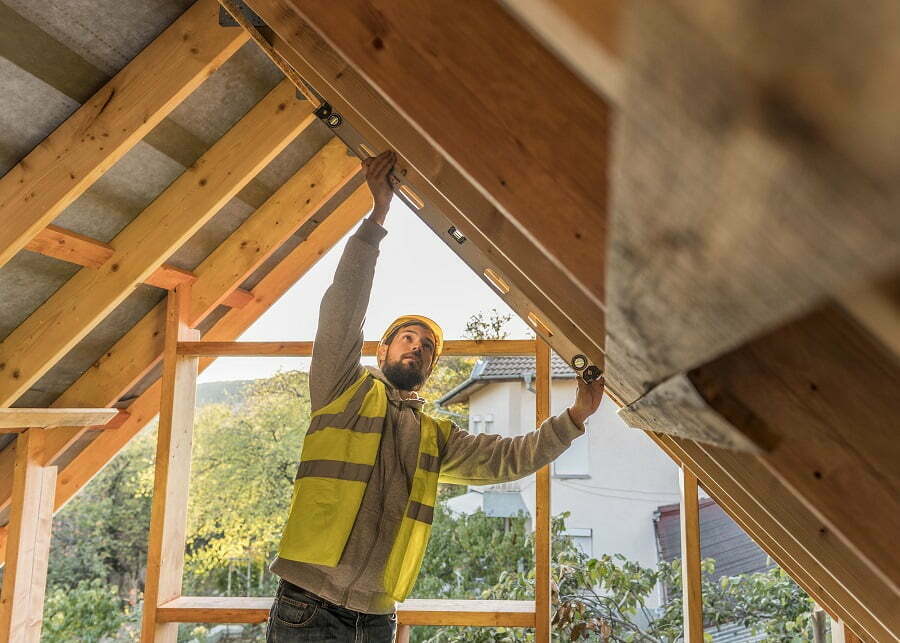 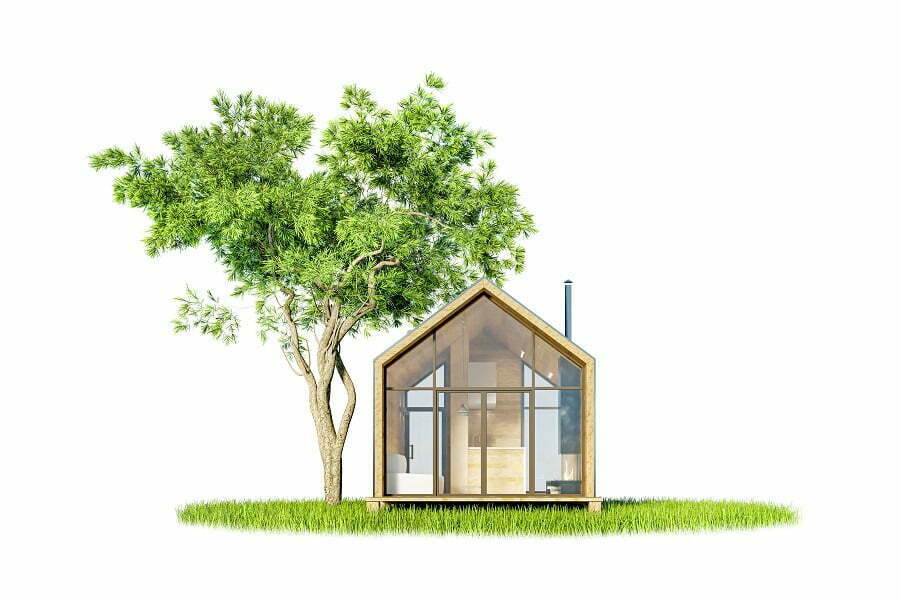